WBDX/Chattanooga (J103) is celebrating 25 years on the air this week.  WBDX Program Director Ted Gocke says a big celebration is planned, “J103 is humbled that God has used and continues to use our ministry for 25 years and are excited to join co-host Matthew West and many of today’s other top Christian Artists to celebrate!”

The celebration will be virtual and into listeners homes on October 27th at 6:30pm.  Listeners can invite friends over to enjoy the exciting event and learn how you can be a part of what Partners for Christian Media is doing in the Chattanooga community.

There will be appearances and/or performances from artists including Matthew West, Newsboys, Joel Smallbone from For King & Country, Steven Curtis Chapman, Jason Roy from Building 429, Sidewalk Prophets, Michael W. Smith, Darren from We are Messengers, Cochren and Co., and more.

Gocke says, “You don’t have to dress up or find a babysitter. This celebration is coming to your living room virtually! This is sure to be the best and most entertaining virtual event that you will attend this year.” 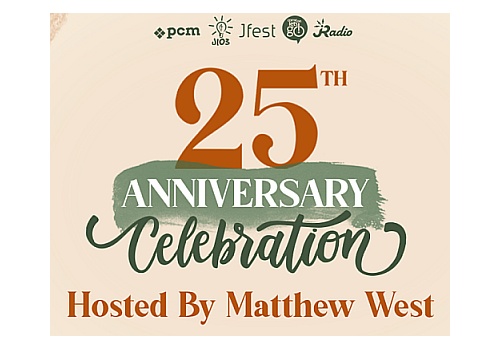 FROM WIKIPEDIA: The station originally went on the air as WBDX on October 31, 1989 as a Top 40/CHR station known as “B103, The Outrageous FM!” owned by local car dealer Herb Adcox. The studio was located in a glass box in the middle of Eastgate Mall. Throughout its early years the station was also known as “Magic 102.7, The New WBDX” when it aired an Adult Contemporary format in the early 1990s. In January 1994 the station became “The New Talk 102.7” and took on a locally driven talk radio format, featuring local personalities, and the majorly popular afternoon drivetime show “Sport Talk”. They kept this format until mid 1994, when Talk 102.7 moved to 102.3. In mid-1994, WBDX flipped to classic rock known as “The New Fox 103”, a format which had previously aired on 102.3. In early 1995 Partners For Christian Media bought WBDX. On March 4, 1995 WBDX started playing Contemporary Christian Music first under the name “102.7 The Light”, but eventually they changed the name to “J103”. The original J103 studio was located in a small 10×10 room within Eastgate. In 1998 J103 moved into what was actually the former home of the now defunct WJRX (RX 107) (a former Contemporary Christian Music outlet in the Chattanooga area), with studios and offices in East Ridge. In October 2015, the station moved out near Hamilton Place Mall to a building on Hickory Valley Rd.; this move enabled J103 to begin broadcasting with state of the art digital equipment. On February 4, 1998 the station changed its call sign to WJLL, and on February 5, 1998, it changed back to WBDX. The station was originally affiliated with Salem Communications to provide a large part of their on-air broadcasting. This included music programming from 7 p.m. – 6 a.m. and news. In 2005, the station dropped all Salem Communications programming and went fully local. 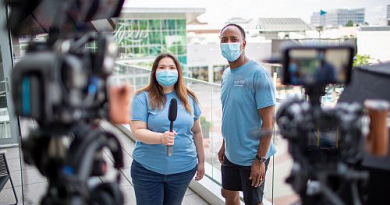