KKEQ/Grand Forks (Your QFM) PD Josh Jones says he has added his wife Yvonne to his morning show. The show is now called “Waking Up With The Joneses!” Josh tells HisAir, “Corny name I know, but it has been a blast having her with me!” 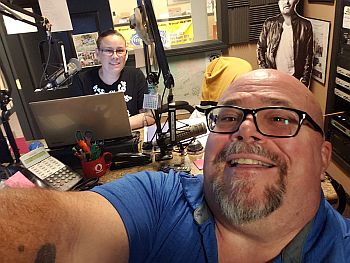 KARM/Visalia (My Promise FM) PD Chuck O’Dell announces his retirement at the end of this month.

SRN’s coverage will begin at 8:06PM (Eastern time) with a special SRN DEBATE PREVIEW hosted by nationally-syndicated SRN talk host Hugh Hewitt; he will be joined by special guests including HotAir.com’s Ed Morrissey and will feature an update from SRN News White House correspondent Greg Clugston, who is credentialed and will report from the debate venue at the Belmont University campus in Nashville.

KSBJ/Houston has been named Community Partner of the Year by the Texas Alliance of Child and Family Services (TACFS).  Harris County Protective Services (HCPS) nominated KSBJ as a result of a multi-year partnership serving the needs of foster children and children involved with Texas Child Protective Services.

Due to this partnership, BEAR (BE A Resource for CPS kids) served a record-breaking number of children during the past holiday season.  11,484 children under the care of Child Protective Services received gifts and toys.  Each year, BEAR, a program of HCPS, provides brand-new gifts to thousands of children through donations and in-kind gifts.

Viewers can tune in to the global broadcast Friday, October 30th at 8 pm EST / 7 pm CST exclusively on TBN.

Will Graham is scheduled to speak on March 18, 2021, during the Closing Gala at the NRB 2021 Christian Media Convention that will be held March 15-18 at the Gaylord Texan Resort & Convention Center in Grapevine, Texas.

Stephens Media Group has transitioned KXOJ2/Tulsa to fully digital online and on its app. It was just taken off 94.5 FM today and replaced with a “Totally Awesome 80’s” format. New website (kxoj2.com) will be up in coming days. KXOJ2 has been around since 2015 on 94.5 FM and is a CHR Christian music format targeted towards a younger audience. 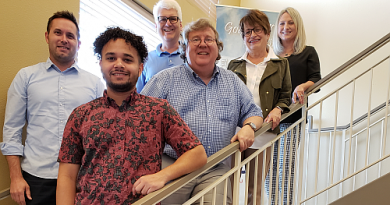 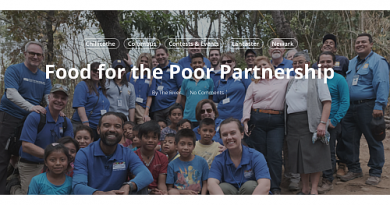 WCVO “Food For The Poor”