KSOS/Las Vegas (SOS Radio) PD Scott Herrold checked in with HisAir.Net today…. Regarding the tragis mass shooting in Las Vegas today Scott told us, “What a wild morning. Today was the hardest morning show I’ve ever done. SOS Radio has been on the air in Las Vegas since 1972 and God has built up a thriving church community here. Most people think of Las Vegas as Sin City, but we see it as a place where God’s radical grace shines bright. Where sin abounds, God’s grace abounds all the more.”

Scott continues, “When we started the day, the atmosphere of Las Vegas felt heavy. As I drove down Sahara Avenue & Las Vegas Boulevard by our radio station, (on the north end of The Strip) the normally vibrant streets just felt dim. The streets were pretty bare except for police officers setup as security near the hotels. As the morning unfolded, we just worked to be a voice of encouragement to our city. Many pastors called in as they were heading to early morning impromptu meetings trying figure out how to best serve the hurting in our city.  It’s been really need to see all the churches resourcing together to be a conduit to the Las Vegas community!  This week, we’ve seen churches coming together. We’ve seen listeners dropping off restaurant gift cards, 24 packs of soda, packaged snacks and bottled water to our local police stations. Most churches have opened their doors early to offer counsel or prayer for anyone that needs a pastor to talk to. Many churches like Calvary Chapel Las Vegas, Canyon Ridge Christian Church, Southern Hills Baptist & Central Church are hosting prayer vigils & special services tonight. The Mayor of Las Vegas has invited local pastors to lead prayer and share encouragement with the City of Las Vegas tonight at the City Hall steps. The city will host a prayer walk from Trinity Life Center to the Las Vegas City Hall at 9am Saturday.”

Here’s a wild story – SOS Radio had some tower damage back in mid January and they’ve been operating at only 5% power for almost 9 months. They had quite a bit of spiritual warfare getting the new co-ax cable manufactured, shipped and installed. Guess what, it was FINALLY installed this past week. So SOS Radio is back up to FULL power 100% now…. just before the attack took place in Las Vegas across the street from Mandalay Bay. (The SOS studio is about 3 miles just north of where the attack took place. HisAir.Net is asking all in the Christian Radio and Records community to pray for the families of those affected, and for the staff at SOS Radio, that the Lord would use them as only HE can. 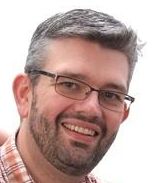