1. Rob, tell us about your road to Christian Radio?

In 1991 in Rhode Island, in a haze of ego, drugs and alcohol, God got my attention when He took my Ford Festiva, my job at Kix 106, and my girlfriend from me, all within a couple of days apart.

I was eight years into radio at that time. That date was December 8th, 1990, and for 60 days, I continued to do it all on my own, until I was out of money, friends, a place to live and on February 8th, 1991 on my back on my bed, looking at the ceiling, I called out to a God I didn’t even know was real.

“God, if you are not in my life,” I said, “I cannot continue in this life,” and like the floods recently experienced in South Carolina, God rushed in and overtook my being. I knew a limited love in my life, my mom, my siblings, but the love God put into my entire being was different; and for the first time in my 26-year life (at the time), I knew what love was. He changed me in an instant.

2. What happened after that?

Because radio had been my gateway to sex, drugs and rock and roll, I gave it up. I went home to Illinois to go back to school, maybe back to journalism, or perhaps a completely new career.

My father, who had been against me being in radio from the beginning, told me I couldn’t quit now, that I had too many years in, and eventually, through prayer, God backed up my father’s words. My dad was a man who had never encouraged me in anything, so this, in itself was a new day.

I got a strong word from God that He would send me back to where I came from, but no longer to serve myself, but to serve Him. Immediately, I thought, Christian Radio. But those doors were locked tight with bolts and magnets; so something amazing ended up happening. He opened doors back through secular radio, where one by one he made all of my dreams come true.

Playing my favorite songs on the radio. WEQX Check

Succeeding as a night jock in Top 40. WNTQ Check

Succeeding as a PD. WFBC Check

Working in LA and NYC. Check

And in the meantime, He gave me crazy good skills in music scheduling, marketing and promotions, building legendary and heritage radio stations, fixing broken ones, and after twenty one years of serving Him before man, I got the call to afternoons at KFSH Los Angeles, where HE continued to show favor.

3. How did the door open for you in Christian Radio?

In between those moments, God started giving me face time in the Christian arena first in the early 2000’s when I worked with Entercom, Edison Research and Vallie-Richards to do research to launch a Christian music station in Greenville, SC.

I warned that certain questions in the perceptual study would get them results that would deter them going straight ahead Christian and it was a question worded this way, “Do you dislike preaching on the radio?” that would throw the study in a way that made them create, ‘The Walk,’ For God and Country, a mix of Christian and compatible Country.

I believe, had the question been given in an either or fashion, Entercom would have had the confidence to go forward in a straight ahead format and I also believe it would have been successful, as long as they put Godly people in positions. I was willing.

In 2006, Dawson McAllister had reached out to me about bringing his Christian show to Top 40 radio, and after becoming his consultant; we succeeded beyond our wildest dreams, gaining 30 plus affiliates before getting a syndicator, which eventually brought those affiliate numbers closer to 200 stations.

In 2007, R&R invited me to the Christian Radio Summit in Nashville to speak to programmers about how to build a heritage radio station. I gave one piece of advice then that went against conventional Christian consulting philosophy, but that same tip has become the key ingredient to WAY-FM’s quick recent successes.

4. What is some basic advice for Christian Radio, how to attract an audience?

Don’t deny the power of Jesus. Not in name, not in spirit, not in truth. Somewhere in the late 90’s, Christian radio began trying to be ratings focused (even hoping to pick up secular listeners) versus being ministry focused, and along the way, references of Jesus became less and less, veiled in the use of terms like HIM, Savior, Christ…many other names that describe who He is, but avoiding saying the name that is above all names, the powerful name that makes demons trembles, and heals the sick and we gave it up.

It is the key ingredient to building heritage Christian radio stations. Putting that at the center, and avoiding jocks who sound happy all the time, as if the sun literally rose out of their bedrooms that morning, which isn’t real in our world, and DEFINITELY isn’t real in theirs, will bring to you the true people of Jesus…and with those people, there will be Time Spent Listening, and the REAL quality will intrigue the world, so you will get some cume doing it that way, but trying to appeal to the world will be exposed quickly to this generation and today’s Christian audience, as not being authentic, especially when competition comes in doing it this WAY.

5. In the time frame before you landed in Christian Radio, how was God dealing with you spiritually?

The biggest thing was to “Work as unto the Lord.” I was in many situations where I worked for someone who wasn’t a Christian and it would have been easy to judge them or think I should quit, but God always lead me towards honor, respect, but also something else, boldness. I was not a weak employee. I stood, when many would have been afraid to, and I saw God’s favor in the world, when it was obvious it was God, because I did share boldly, and often rocked the boat, but He allowed my work to have that extra ingredient that only He can make happen, the fruit. He taught me to trust Him in trying times, and I did learn to, as He was consistent and faithful, always.

6. What advice would you give to someone currently in secular radio, but wants to break into Christian radio?

I have deterred many people in secular radio from coming this way, with one simple question? “Are you ready to drop everything you’re doing, to PRAY NOW, for the person who calls you with a real need about a sick mother, daughter, son? Someone who has lost everything and is as desperate as they’ve ever been? Are you READY to STOP recording and take what ever time is needed, in order to just listen, letting them know you are there for them, then crying out to God with faith and belief that He can heal their hearts or turn their troubles around?”

I’ve had people tell me after hearing that, that it probably isn’t for them. It’s a tall order to be in Christian radio, if you’re willing and available, you will be called.

7. What are the biggest misconceptions about Christian Music radio?

The biggest misconception is that, by gaining secular listening, you’re actually a more successful station. That is far from true. By being a better service to our core audience, we can truly build P1’s; people who would say we make a difference in their day, life, etc. The Time Spent Listening gained from an audience that uses us actively, will out perform, the cume numbers of a station tailored to appeal to a mass audience; those most likely to utilize the station passively.

8. Why do some major markets NOT have a strong CCM station?

This seems like a question for God when we meet Him, because I don’t know the answer to it, nor does it way heavy on my conscience. This I can say with confidence, if you’re in a market where WAY-FM is not a direct competitor, I’d gladly consult your programming strategies, reinforcing them, so that no one can say you’re not a strong CCM station. 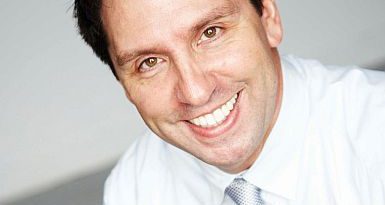