Elevation Worship was putting out a new album, but I couldn’t help noticing the trifecta of growth for the song from their previous album, “O Come To The Altar.”  It was soaring in streaming, sales and had reached Top 25 on the CCLI charts, but radio had all but ignored it.  The obvious takeaway was that this song with less exposure than radio would be able to give it, was impacting souls at a level unimaginable, and those souls could be found in the church.

This is an important piece of information, being that the next likely new candidate to be listening to CCM is presently in the church.  There is a heavy disconnect between Christian radio and the church and while our God is not a God of ping pong emotions, being elated by our good — and depressed by our bad, I can’t help but believe that this disconnection between church and CCM isn’t an area He is pleased with.

Many CCMs are programmed as if the next likely new candidate to listen, is presently listening to mainstream radio.  While being hit with the Born-Again stick can make this a reality for some, it is not the norm, nor is it ever likely at all.

Presently we are seeing a surge of the song “Way Maker,” streaming, selling and sitting on top of the CCLI charts.  While radio has slowly begun to embrace this song, mostly with the version from Michael W. Smith; there is a reluctant underbelly from CCM that wants to continue to act as though the separation of church and radio is real, and that the church doesn’t affect a station and vice versa.

We Don’t Want No Churchgoers Here

However, there is a connection between church and radio as was witnessed in 2016 with Jason Ingram’s version of his own song, “Great Are You Lord.”  When Josh Lauritch and Jason Ingram visited me at WAY-FM, their selling point was that years after this song was released by All Sons & Daughters, with some radio airplay, something surprising was happening on the church worship charts month after month.  That was that “Great Are You Lord,” kept rising years after the radio airplay had all but disappeared.

I made a promise to Jason Ingram, that I would put the song in WAY-FM research and because we were a national network that if the CCLI and worship chart info is correct that somebody in our audience somewhere would know the song and even with a low familiarity score I would be able to tell if those who know it; like it or not.  And that’s what we did.  The first batch came back with 43% familiar and of those who knew it they didn’t just like it, they loved it, so I added the song and that was the spark that lit the fire that was “Great Are You Lord.”

It also put into my programming brain a template of patience when it came to worship music and that’s why I was so ultra-focused on Elevation Worship’s “O Come To The Altar,” despite a great new album being released by the Charlotte based church at the same exact time that this now older song had grown roots and was showing fruit.

“Way Maker,” is the same exact way, as church worship leaders began embracing this song back in 2016, influenced by the original version from Sinach. But that same template of patience shows up and the song is only now reaching critical mass four years later.  Just as with Ingram’s “Great Are You Lord,” the addition of CCM allowed the song to hit a level unimaginable where it gets heavily saturated from both church and radio, and I believe that when church and radio are in sync, the synergy of those results are lives changed and new believers seeking Jesus Christ.

The horrifying takeaway from these facts would be that we should always be patient when it comes to worship music and wait for the church to bring them to us, and that is not at all what I am presenting here.  If I was, I’d miss the incredible inroads created from songs that skyrocket from the church to radio like Cory Asbury’s “Reckless Love” did, or we’d miss Josh Baldwin’s “Stand In Your Love” which was released to the church and radio simultaneously, and then there’s North Point InsideOut’s “Death Was Arrested;” powerful worship music which started in a specific church, which radio’s support aided in the song growing beyond the Southeast region. Radio stations that have asked questions to their audience like, “Why do you listen to Christian Radio, or specifically YOUR station?”  What you find in the verbatim answers from your audience is that MANY of them will use a word that has nothing to do with your identifier.  I always recommend stations ask their audience this question and then do a word cloud with their answers to see which words they tend to use repeatedly that you haven’t been using as a descriptor in on air imaging.

The word Worship is usually in the Top 3 or Top 5 and the importance of this, is the greatest point that can be made about the music you play on your radio station.  MOST of your audience sees every song you play as WORSHIP and does not decipher between the songs they hear at church and the songs they hear on the radio.  When the two are blended they are not at home struggling with the amount of worship songs they are hearing or wondering why you are playing too many or not enough.  All they know is whether your offering satisfies their intentions for tuning in or not…and that’s it.

The Struggle is Far from Real

The struggle of adding worship music to a playlist comes from an overthinking on the programming side – as it is not a struggle to your listener.

It comes down to a single question.  With all the facts laid out on the table, from research and from consumption (airplay, streaming and sales), what is the next best song to include in your playlist?  If the answer to that happens to be a song that would be classified by us as worship, let’s ask ourselves why it still wouldn’t be the next song we put in.

As of the date of this article, “Way Maker” from Michael W. Smith remains the number two song on the Money Ball Chart. 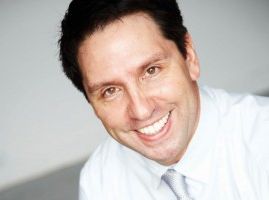 Rob Wagman “Does Your Programming Engage or Is It Just Flirting?”

Rob Wagman “Bieber Knows Theron Feemster; Why You Should Too”