Career Capsule: Started working at 98.5 KTIS after college at the University of Northwestern, St. Paul.  After five years, stepped away from full time work to raise 3 girls with my husband Ken and during that time, worked with Elisabeth Elliot as announcer for radio show Gateway to Joy for 9 years.  Went back to KTIS full time doing the middays as well as for Spirit 1059 in Austin, TX.  In 2019 moved from Minneapolis to Naples Florida and started doing afternoons for the XFM Radio Network and still voice-tracking middays for KTIS and Spirit 1059.  Throw in commercial voice work and imaging and that’s my career capsule.

Lisa, tell us what’s new … news, changes, with YOU?

I left Minnesota last year to create a new life in Naples Florida (a great place to be quarantined).  My husband Ken and I wanted to live where palm trees grow and you have to ask yourself things like, “I wonder if there’s an alligator under my car?”  I have a studio in my home and I’m living the freelance radio life and loving it!

You have a great history as a Christian Radio personality… how important is that, and why do you believe you’ve lasted so long?

I find the question kind of funny as it presumes a sort of position holder but I was a really bad DJ for many of those years so I would probably not even count the first 10.  But you’re right, I have lasted a long time and I think it’s my own insecurity.  I feel a constant pressure to “catch up” to others and to improve the craft of radio.  So, while the insecurity isn’t a laudable trait, the upside is I work hard.  Another reason I lasted so long is that KTIS and the University of Northwestern  always treated me extremely well.

Best advice: (A college roommate) “Lisa will you shut up, you don’t know everything!”

Worst advice:  “Just be yourself”.  Who even knows who they are?  I’m not always as nice as my voice may imply.  I’m snarky.  I’m selfish.  I’m jealous.  (Notice those are not in past tense) I’ve had to work hard to rip out those weeds as they pop up my entire life!  Nobody wants that girl on the radio.   I also love to dig deep into spiritual stuff and used to bring my theological discoveries to air a lot until one day John Frost told me to come up for air once in a while.  😉   Isn’t that hilarious?  Nobody wants us to be ourselves.  Not really.  We need to be a well crafted version of self that is vulnerable but not too vulnerable, spiritual but not too spiritual, funny but with a very large filter in place.

How has the “stay at home” order affected you personally?

Physically/geographically, not much change but emotionally/spiritually, that’s something else.  These are unprecedented times and I feel such a weight to leverage this for Christ.  And by ‘weight’ I don’t mean guilt or pressure, just an overwhelming desire to fulfill everything God wants to accomplish through me.  I’m sure others feel the same way which is why I’m so happy to look to see what other DJ’s are doing, because collectively, we have more ideas and I’m happy to share mine and replicate others.  I just have to pinch myself every time I think about what an honor it is to be entrusted with kingdom work at a time when the fields are ripe for harvest!

What’s your opinion on podcasts… is it necessary to have one, are they a threat to radio?

I’m still figuring that one out.  For me, it’s just too much work to do a podcast well.  Radio-shows that have teams with a few people involved producing it should do podcasts to reshare show content.  I think podcasts could be a threat to radio if they are providing a better product than radio.  But 80%  of podcasts I’ve seen and heard are not very good, or too long or too boring, in my opinion….all the same things we radio people need to guard against too.  Some that are doing a great job with video that I’ve seen are CJ and Joy, Brant and Sharri, His Radio.  These aren’t necessarily all podcasts but they are video.  By the same token, I think we all need to do more video.  It shouldn’t be all that hard since video is just a good radio break on you can see…it’s just that we just can’t hide our faces anymore.

Great question!  I’d love to develop talent someday.  I think I’d walk around cities watching for colorful personalities and then I’d walk up to them and say something Jesus-y like, “Drop your nets, follow me, I’m going to teach you how to fish for men (and women) on radio.”  That would be epic (after I chased them down the street to explain what I actually meant by that).

I’d have to think longer about that.

Wayne Pederson: He gave me my start in radio and is one of the most gifted visionaries I know.

Paul Ramseyer:  The most Christ-like man I’ve known, and he modeled a life of humility prayer.

Keith Stevens:  He should really be a coach because he taught me so much about how to do radio well.

Lisa Williams:  Her love for people is infectious and her way of grabbing your attention is second to none.

Doug Hannah:  So smooth on air, genuine at heart and super hard worker.

Brant Hansen:   I covet all his talents and I don’t even confess that to God.

Most influential book:  “Talent is Never Enough” by John C. Maxwell   It taught me that not having a ton of natural talent is not a deal-breaker.  A hard-working person with a ¼ cup of talent can be as effective as someone born brilliant. 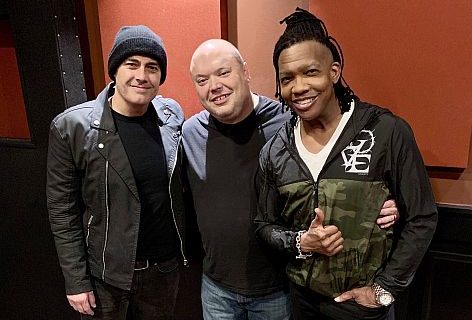 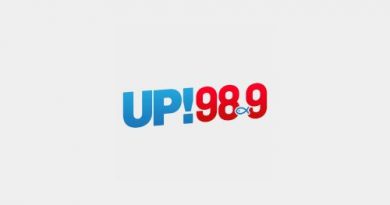