WAY-FM/Portland recently welcomed Paul Van Sickle as its new Operations Director. Paul returns to the WAY-FM family after serving with Crawford Broadcasting in both the Denver and Portland markets for the last several years. In addition to performing OD duties, Paul will also function as Community Impact Director for the station. Station Manager Ken Inlow commented, “Paul’s experience, passion and contagious enthusiasm for the ministry will be a tremendous asset for WAY-FM/Portland as we purpose to have an even greater impact on the Great Northwest.”

WAY-FM/Nashville is excited that Aaron Traylor will be joining their team as Operations Director in January 2016. Aaron has served for the last 10 years at Town Square Media in Missoula, MT as the Brand Manager/Program Director. He has extensive experience with events in promotions and as a Tour DJ and has opened up for many names such as Kelly Clarkson.  Station Manager BJ O’Neal stated, “At 6’8”, Aaron goes by the “Tallest DJ in America” and we’re excited to see his skills added to the Nashville team!”

WAY-FM Western Regional Manager Zach Cochran and WAY-FM/Denver welcomes Dan Raymond to the Colorado team as Operations Director.  Dan has served the last 10+ years with Northwestern Media, most recently as Content Director for Life 107.1 in Des Moines. Dan said, “Though it’s hard to leave a talented, godly group of people as my friends at Northwestern / KNWI – it’s an awesome honor to be invited to join the WAY-FM team!  I’m excited about the future, and the opportunity to follow in some pretty awesome footsteps in seeing the next chapter of WAY-FM’s ministry in Denver and along the Front Range!”  Raymond starts January 4, 2016.

And as reported on the Nov 10 on HisAir.Net, Mike Russell has joined the team as Operations Director at WAY-FM/Louisville. Mike has a 17 year background in various radio programming roles; most recently in Springfield, MO and previously in Columbus, OH. WAY-FM Mid-South Regional Manager Matt Hahn stated, “I’m thrilled to have Mike on the WAY-FM team. Mike’s strategic programming background will be a great asset to WAY-FM/ Louisville.”

KSBJ In The Midst Of The Storm 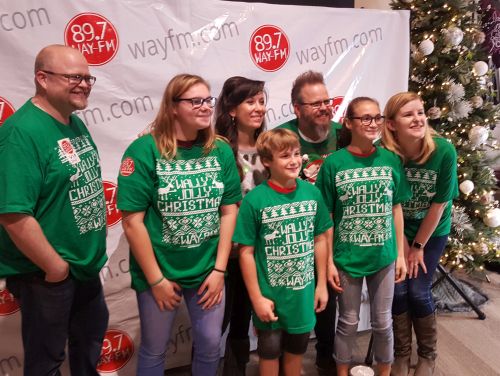