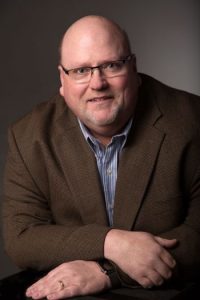 My Dad was not a patient man. For him, life was a series of events meant to be conquered. When we went out to eat, if Dad was done with the meal, he’d pay the bill and stand up. It was a signal that it was time to move on to the next thing. The same thing was true of shopping. For him, a store was not a place to visit. Rather, it was a place you would go to with a purpose…and you would accomplish said purpose.

Dad would often proclaim, “Don’t lollygag around. Let’s get what we came for and get rolling.” This line of thinking is exactly why Mom would go shopping alone. She didn’t want to be rushed. However, it was different for Dad. If there was a project to be done, it would haunt Dad. An unseen pressure would invade him until it–whatever it was–was complete.

One year, Kayla and I took Mom and Dad to Pigeon Forge. We had rented a cabin and purchased tickets to Dollywood. While at the cabin, Mom slipped and fell. Not wanting to slow down the family vacation she assured us all that she was okay and proceeded to push us all out the door and onward to Dollywood. More on that later.

Despite our shared concern over her fall, there we all were–Mom included–at the amusement park. Mom’s foot was still hurting her, so as a precaution, Dad secured a wheelchair for her.

Now, if you’ve never been to Dollywood, give me a chance to set the stage. The park is built in the high mountains of eastern Tennessee. The park is hilly…very hilly…and full of slopes that go up and down. Luckily for us, the park had special lanes for wheelchairs. This is done so the general public has their own walking lane, while those in wheelchairs and on scooters have a dedicated lane to themselves. That’s Dollywood.

Kayla and I would look up to see Mom with her arms out trying her best to maintain balance as Dad hit a downslope. He was trying to take advantage of the momentum. Thankfully, he wasn’t jogging, but he did have a really good a trot going.

Mother looked over at us and yelled, “Kids…help!”

All we could do was laugh. The lanes mattered little at this point. People were parting like the Red Sea. Moms everywhere were scooping up their children, while the people on scooters moved as quickly as possible to get out of the way. To the relief of many, Mom and Dad finally arrived at a park bench. Dad parked Mom by his side and sat down.

“Are you trying to kill me?” Mom inquired.

I said, “Dad, there are wheelchair and scooter lanes. You can use those and take your time.”

He replied, “They’re too slow. Folks need to make way for those of us trying to have fun.”

Here’s the lesson: patience and impatience both serve a leader well.

For example: if your goal is to be the industry leader in quality lawnmowers, then you must be patient as your story spreads and the brand builds. But you must be impatient when it comes to maintaining the quality of your product.

Do that and you’ll be amazed at the progress that’ll be made.

One final thing, wheelchairs are not meant to go 50 mph in an amusement park. As it turned out, Mom had a hairline fracture in her foot–something we learned once we got home. “Mom!”  Even so, it all made for a hilarious memory and one full of valuable lessons.