Yesterday new FCC Chairman Ajit Pai led the Commission in a vote to eliminate the 43-year-old rule that required stations to save paper letters in the correspondence public file. Pai and Commissioner O’Rielly both believe this process is a burden on station personnel. This move is part of the FCC’s attempt to modernize its public inspection file rules by slowly moving the requirements online.

Positive Alternative Radio (PAR) held its Vision Week Jan. 16-21 on the campus of Virginia Tech University. Each January, everyone in the organization is asked to gather in Blacksburg, Va. and spend a few days reviewing progress, making plans for the coming year and re-aligning priorities around the Christian media ministry’s vision. Executive Vice President of PAR, Brian Sanders, is the architect of Vision Week. “It takes a lot of resources. It takes a real commitment. It cost quite a bit and requires a mountain of details and logistics. It also takes a lot of people out of the station for up to a week,” said Sanders. “So, is it worth it? Absolutely!”

“Travel expenses, including meals and hotel, are provided by PAR for every employee who is able to attend. This includes part-time workers and all hourly workers who are on the clock, meaning they are paid to be there.

“We believe in Vision Week. It is a critical factor in our team’s success,” said Eddie Baker, President of PAR. Baker shared that PAR has had a lot to celebrate and a lot for which to be thankful. PAR stations grew income by 7 percent in 2016, while still managing to trip expenses by .6 percent.  Overall listenership in PAR’s key markets, including Lynchburg, Va; Johnson City, Tenn.; Fredericksburg, Va; Ashland, Ky. and Winston-Salem, N.C. held steady or continued to climb in some cases.

A conviction was handed down yesterday in the home invasion of Stu Epperson Jr. and his wife, Julie Epperson. Stu Epperson Jr. is a Christian author and owns Christian radio stations. Two men plead guilty in December to attempted first-degree murder, discharging a firearm into an occupied vehicle, breaking and entering and larceny at Eppersons home. Get the complete story from the Winston-Salem Journal here. 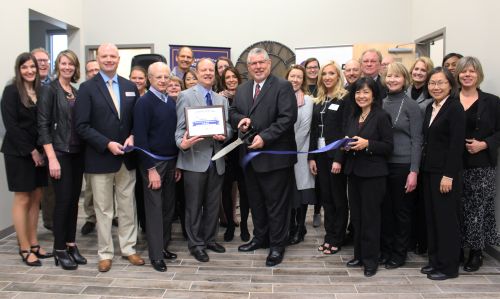