Salem has hired former KSTL/St Louis afternoon drive host Hernandes “PK” Union to handle PM drive on its new WSDZ/St Louis (Praise 95.1.) “PK has an infectious enthusiasm for gospel music and the St. Louis community,” says Darrel Eason, program director for Praise 95.1. “And he has an extensive knowledge of the local St. Louis gospel music scene which means listeners really connect with him.”

Thanksgiving is less than a month away. Ambassador has  prepared a Tool Kit with PSAs, plus social media, web and print assets. Plan for November 23rd and check out the Thanksgiving Tool Kit here.

According to WFTV in Orlando a man broke into an Orlando church radio station last Thursday, destroying equipment to the tune of $100K and assaulting “several people.” It happened while WAMT/Orlando (1190 AM) (The Gospel Voice of Orlando) was broadcasting from the location. Check the TV report here.

The suspect,was finally taken into custody and a judge has ordered he have a psychological evaluation.

We’re in the middle of  the October PPM release from Nielsen Audio. Day 1 Markets including New York, Chicago, Atlanta, Dallas have been posted here. Day will be released and posted later today. Christian Radio ratings are sponsored by ShareMedia Services on HisAir.Net. 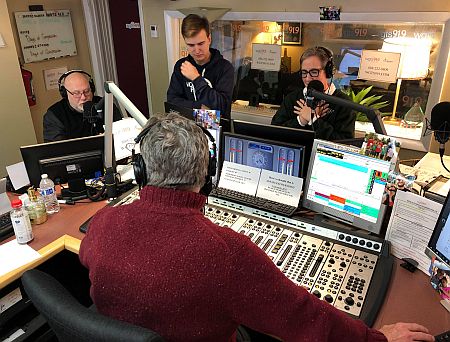