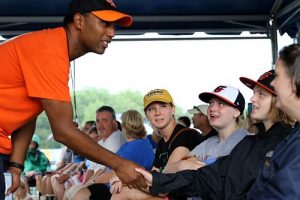 A stormy day in suburban Washington D.C. didn’t stop WGTS/Wash DC listeners from enjoying a day at the ball park with Josh Wilson.  For the second year WGTS 91.9 teamed up with the Bowie Baysox, the Class Double A affiliate of the Baltimore Orioles, for a Faith Day celebration.  Just four innings into the game, the sky opened up and sent fans running for shelter on the concourse while lightning crackled all around. The baseball team and the WGTS promo team had made the decision earlier in the day to set-up the concert in a tent in the stadium picnic area instead of on the warning track.  When the storm hit, everything had to be covered with tarps. When the tarps were taken up, a frog was found sitting in the middle of the sound board.  While the rest of the game was cancelled, the concert went on. Over 350 people, some more wet than others, smiled, danced and sang along with Wilson’s hits like “That Was Then, This is Now” and “I Refuse.”

“While a rainout on the field certainly wasn’t part of our plan, I heard from lots of listeners that said this was one of the most memorable events they had ever been a part of,” said WGTS promotions assistant Joey Nino. 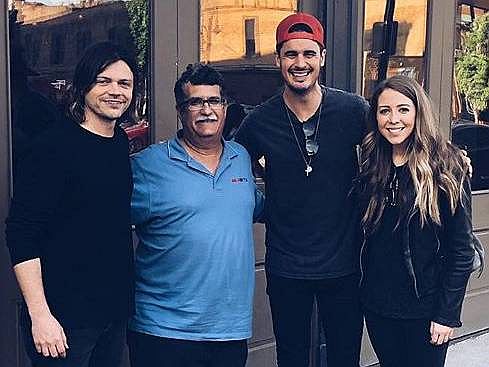 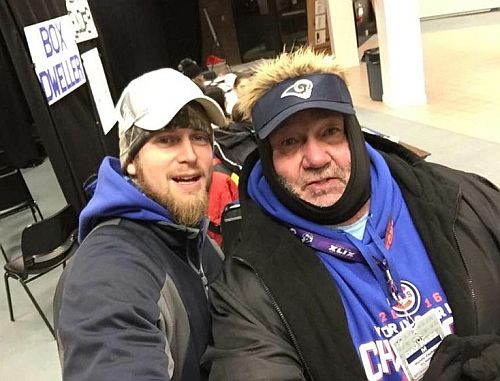