It’s the end of an era…. And the start of another. Tomorrow WLUP/Chicago (The Loop) will cease to exist as a mainstream rock station. EMF annoiunced it has purchased the station from Merlin Media this week for $21.5 mil.

For those of us who listened to The Loop in our teen years we’ll always remember the larger-than-life personalities heard on the 97.9 airwaves including Steve & Gary, Jonathan Brandmeier, Kevin Matthews, Danny Bonaduce and others.

And of course in July 1979, when Dahl hosted Disco Demolition Night at Comiskey Park, inviting fans to bring records to be blown up between games. The White Sox had to forfeit the second game of a doubleheader.

Watch this report on the sale from WBBM TV in Chicago here.

EMF CEO Mike Novak told the Chicago Tribune this week, “We’re really excited about being able to get into the Chicagoland area.  We’re hopeful that we have some sort of impact on the people of Chicago and that we can provide a positive and encouraging atmosphere in these days of uncertainty.”

The station switch will take place Saturday. Call letters may be changed to WCKL (Chicago KLOVE) but that has not been confirmed. For those interested Steve Dahl will simulcast his WLS afternoon show on WLUP saying farewell “on the air before the prayer” to The Loop today. Catch the live feed here. 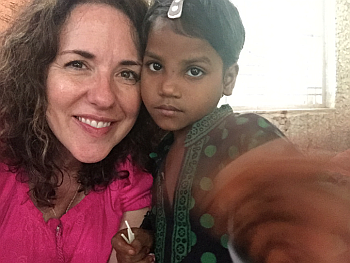 i58:10 Media And Lisa Williams Partner