Josh Villa has been promoted to station manager of Moody Radio Cleveland.  Villa has been with Moody Radio in Chicago for almost six years, serving in a variety of roles, most recently as director of digital radio stations/streams for Moody Radio network. He has also served as program director, and operations manager for the network’s flagship station in Chicago, 90.1 FM Moody Radio (WMBI-FM), and its Spanish-language station, Radio Moody 1110 AM.

“WCRF is a key station for Moody Radio, and I am overjoyed that Josh Villa has agreed to serve as the station manager and lead this very talented team,” said Doug Hastings, vice president of Moody Radio. “He will provide good direction to the morning program of Brian and Jannelle, and will be a wonderful ambassador to pastors, community leaders and listeners as we serve the Cleveland and greater Ohio and Pennsylvania area with the gospel message of salvation in Jesus Christ.”

Over his 30-year career in the radio industry, Villa has served on air, as well as in production, marketing and programming. In his new role with Moody Radio as station manager, Villa will direct all administrative functions, personnel, technical and engineering, facilities, business operations and FCC compliance.

“I am very excited to join the talented team at Moody Radio Cleveland,” said Villa. “The opportunity to serve our listeners by bringing them the life-giving message of hope has never been greater. I’m eager to hit the ground running and continue to build on the amazing legacy that WCRF has built over 60 years in Cleveland and the northwestern Pennsylvania region.”

Villa is replacing Scott Krus, who was recently appointed to serve as general manager of Moody Radio. His tenure at Moody Radio Cleveland begins on Dec. 3, 2018.

In addition to managing the day-to-day operations of the station, which includes signals in Ohio (Cleveland, Sandusky, Millersburg and Ashtabula) as well as northwestern Pennsylvania (New Castle and Meadville), Villa will serve as a spokesperson. He will cultivate relationships with listeners, churches, pastors and community leaders to help enhance and strengthen Moody Radio’s visibility in the areas where Moody Radio is heard.

Josh and his wife, Mimi, have been married for 24 years and have a grown daughter, Viannea, who also serves with Moody Radio. 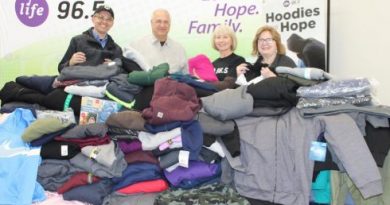