KAMB/Merced, CA (Celebration Radio) went on the air 55 years ago on Nov 6th, 1967 broadcasting the Good News of Jesus Christ.

KAMB GM Tim Land tells HisAir, “Reaching the lost with the Gospel is a priority and KAMB spent its anniversary weekend serving the public through the “Coats for Hope” distribution. Over 655 kids and teens were given a new coat for the Fall and Winter as a “gift of warmth” along with information on how to begin a relationship with Jesus Christ.” The 6th Annual Spin Awards” on the NOW Network! November 26th at 7PM EST. The Spin Awards “Honors Those Who Spin The Gospel”

On receiving the awards Nickelson says, “To God be the glory! I count it as a blessing to be a part of the amazing WBZF brand in Florence.”

Christmas Hope is back. It was first launched in November 2009 and been available each year as an Online alternative to Sydney, Australia Christian FM station “Hope 103.2” by providing an all Christmas Station from November until January 8. Christmas Hope has been in operation since 2013 and in Brisbane since 2016.

Hope Media Technical Operations Manager Stephen Wilkinson tells HisAir, “In November 2013 it wasn’t only available online and through the Hope Media Ltd app, but also available for Sydney and Brisbane listeners as a 2 month “Pop up” station on Dab+ Digital radio. Listeners can tune into Christmas music from around the world streaming online and Dab+ 24 hours a day. All the favorites’ are there… Bing, Elvis, Mariah, various Christian artists, Christmas thought provoking spots and along with a few surprises, but one thing is for certain, if you love all things Christmas, this is the station for you. This year marks 10 years since Christmas Hope started as a yearly “Pop up” station on Dab+, the advantage of Dab+ is that if you have the available bandwidth, you’re not limited by the number of stations you can implement such as temporary specialty “Pop up” stations. Visit the website HERE.

Moody Radio presents a Michael Jr. Comedy & Storytelling Special. Sometimes you need a little laughter in life and this Saturday, comedian Michael Jr. will have you smiling and chuckling on Moody Radio. Enjoy this one-hour special sponsored by CH Hanson. The special is this Saturday at 4 p.m. Eastern / 3 p.m. Central, on Moody affiliates, the Moody Radio app or online.  If you would like to air the special live on your station, please visit moodyradio.org/affiliates for details. 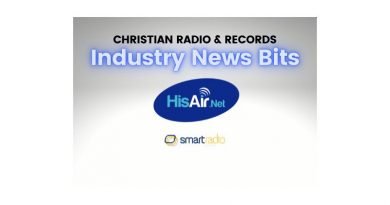 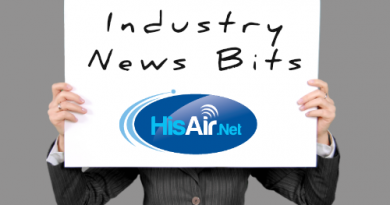 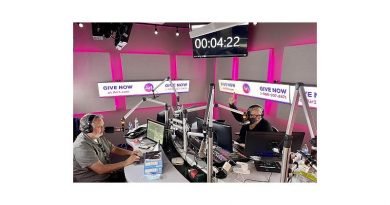