It’s not every day you hear the WGTS/Wash DC on-air teams singing their hearts out in public, but that’s exactly what happened recently. The WGTS afternoon show challenged the WGTS morning show to a quartet sing-off.  Originally scheduled to be live at Tysons Corner Center mall in Virginia, the event moved online because of the pandemic.  Fair Trade Services artists Austin French, Colton Dixon, and Phil Wickham joined in the festivities.  The entire event was to bring attention to the Salvation Army Angel Tree Project, which has the goal of collecting gifts for over 14,000 underprivileged children in the greater Washington, D.C., area.  For three weeks the WGTS team has been collecting toys and gifts at locations in Maryland, D.C., and Virginia for the project.  This is the fifth year that WGTS has been the official radio sponsor for Angel Tree in the D.C. area.  Over the past five years, WGTS listeners have provided thousands of gifts for children in the area.

“The need has been greater this year than it’s ever been before,” said WGTS morning show host and promotions director Jerry Woods.  “Even though much of our gift collection has been online, it’s still been a ton of fun, and listeners have really caught the vision.  The online quartet battle was a fun way to make things a little competitive, but everybody wins because it helps kids in our area,” said Woods.

When asked who won the quartet battle, WGTS general manager Kevin Krueger said, “What general managers do when there is a big decision is convene a committee.  I’ll have an answer for you around March,” Krueger joked.   “At the end of the day I think we can all agree that it’s a blessing to be able to provide smiles for kids during what’s been one of the toughest years in our lifetimes,” said Krueger. 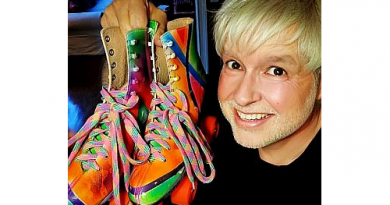 Opportunity During A Pandemic