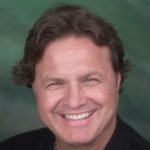 Career Capsule: My career in Media has spanned 4 decades, starting in 1982 with my VP/GM role at Sudbrink Broadcasting in Honolulu Hawaii. There I ran KPOI 98 Rock FM with a companion AM that was a CCM/Teaching Talk format. In 1990 I joined CBN for 7 years and was tasked with International work as the VP of Middle East TV, followed by a 3 year stint as the COO of All American TV, a Trinity affiliate group based in Santa Ana California with 30 sticks reaching from Alabama to New Mexico, and Chicago in between.

From there I took on the Regional VP role at Salem overseeing Honolulu, San Diego and Sacramento from 2002 – 2006. A return to International Media for me happened in the years following with the CEO role at Middle East Media and Consultant roles at The Gospel Channel Europe in London, followed by Lesea Broadcasting as well as  President of Summit Radio Hawaii in 2013. It was three years ago CRISTA Ministries approached me to serve as VP of their Media ministry.

TJ, tell us what’s new at CRISTA Media… news, changes, & with YOU… etc?

CRISTA Media, headquartered in Seattle, owns and operates 2 CCM stations, an AM station, and several streaming stations as well. We are currently in contract with EMF to transition our Austin station, KFMK SPIRIT 105.9. Operations will turn over to K-LOVE on November 1, and the transaction should close around Thanksgiving.

Regarding the sale of KFMK, how did that come about?

I had a good relationship with EMF from my days at Salem overseeing the Sacramento cluster that had a Fish station from 2003. With the 2020 Pandemic impact, CRISTA made the hard decision to consolidate our Media assets within the state of Washington, home to our KCMS SPIRIT 105.3, KWPZ PRAISE 106.5 and KCIS 630 stations. By selling SPIRIT 105.9 to a known entity in K-LOVE, we were confident that the service to the Christian community of Austin would be unchanged. The station recently celebrated 10 fruitful years in the Greater Austin market of service under CRISTA’s guidance, and we were grateful for those years. EMF will continue our work there and we will refocus on the strengthening of SPIRIT 105.3 in Seattle as well as PRAISE 106.5 serving Bellingham and the neighboring community of Vancouver B.C. as we manage our way through COVID-19.

Generally speaking what are the biggest obstacles facing Christian Radio?

It seems to me our biggest obstacles in Christian Radio start with remaining relevant in markets where we superserve our cities of license with competitive information and compelling content while employing technology at our fingertips on the streaming side.

Beyond that, the way we get funding to superserve must be refocused on growing our donor base with inspiring Ministry Initiatives while creating partnerships with the parachurch and Christian Business community, where we sell spots for a hybrid revenue outcome that deepens our spiritual impact and grows our listenership to the lost.

I feel like Christian Media has mirrored the local church in a questionable way. If you have a church serving a community for decades, they have a heritage position that must be honored and respected. Instead we have new and flashier churches building across the street where members migrate, and the support of the heritage church is impacted negatively. I think we don’t do the Media Ministry any favors when we set up more radio services that take the “ slice of a slice “ of community service and support that leaves the heritage stations in survival mode. Where a local station has existed as a heritage station, the satellite stations should buy and build elsewhere, honoring the work of typically beloved local stations that have labored to grow in a healthy way. Better to have one or two healthy Christian Media outlets in a city that can have the funding to superserve the Christian community than hobble that work with a competitor that has no boots on the ground. We need to be the hands and feet of Christ first, and if the heritage stations can’t do that well, then we have half of a body and are less effective.

I look for a staff that seeks the Kingdom of God first, so that everything else we need will naturally follow. The BIG FOCUS from that comes in the form of Unity of the staff. If you make a bad decision as a group, at least you can recover quickly. If you make a good decision but have conflict and disunity, the result will be less than. I need my team to be one as the Father and Jesus are one. God blesses unity!

Christian Radio can get siloed fairly quickly as we focus on the Church and put the lost in second place. Our presentation and ministry must lead with excellence. How can we expect the “innocents” to use us as much as our P1’s if our presentation is flawed, stale and dated? We should sound as tight and accessible as the General Market stations that we compete against. Seeking ways to superserve with our basic daily informational content including news, traffic, weather and community information puts us on par with other choices in the marketplace. From there we give them the best song selection and ministry content, knowing we have handled the basics well. Live n’ Local was started by Clear Channel as their answer to consolidation of stations and markets where voice tracking created economies of scale without losing the listener connection on the ground. These principals are what set Radio apart from other sources of entertainment and information and fulfills our obligation to our licensing.

The best managerial advice I gave my leaders was to raise up others around them that are strong and growing in excellence. There is so much fear that if we have an ongoing succession plan in place, we might be replaced by the “next man up.” In actuality, the leader who raises up strong leaders strengthens the pillars of ministry management.

The worst advice I ever gave my companies was to hunker down when opportunities were in the market to grow. It can be easy for an organization to cut and cut more to reach great economies of scale in a crisis with a positive financial result, but you can also take yourself out of the game by contracting too much, and then you cannot take on new opportunities. If I had to do some things over again early on in my career, I would have been more bullish on growth leading to expansion.

I was fortunate to work with Kent Burkhardt and Lee Abrams in Classic Rock for my first five years in radio. They had a traveling consultant in Lee Michaels, who unfortunately died at a young age. I learned so much from him about the way to listen to radio and competitors with an eye toward counter programming effectively. He was a genius. Also, the man who hired me in radio was Brian Beiler, who was in Hawaii for the year I started in Commercial Radio. Brian taught me to think creatively with every sales, programming and on air initiative, with an eye toward monetizing everything and growing the brand. He went on to be the President of Viacom Radio and I succeeded him, so I learned from the very best. My mentor in Christian Media was Michael Little, the President of CBN. He taught me how to be a man of God and shepherd to the sheep as a leader. I still think about his words from the 7 years he was my supervisor. 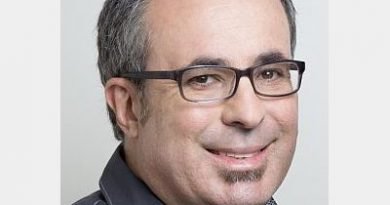 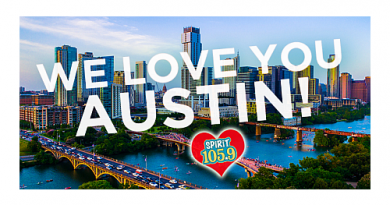