Preventing sexual misconduct at your organization

I debated about writing this article.  I was a CEO for 27 years and honestly, I haven’t heard many leaders talk about this – publicly.  Either because it will damage their ministry’s reputation or there is some type of settlement that prevents it from being disclosed.  The reality is it does happen.  And even if word doesn’t get out, the time, energy and expense on an organization can take a toll on the organization’s mission.  I debated writing about this not because I have something to confess – I don’t – but because I know it’s really hard to put practical ideas in place without sounding legalistic.  I have decided to take that risk – to help you. So here goes.

If you don’t know the sexual harassment law, then you need to know them.  In fact, you are required to.  Ignorance doesn’t work here if a claim is filed against you.  Attend an EEOC training class with your staff or talk to an employment attorney so you know them.  It’s more than just sexual favors for promotions, it’s the work environment too.  I know of one situation where an inappropriate activity took place at a ministry.  The lady involved at first said she was telling her boss “just as a friend.”  The “boss friend” didn’t do anything about it and later she reported it as a sexual harassment claim.  You and your team need to know the rules.

Here are some more recommendations to mitigate this from happening.

1- Set the tone. A fire can’t start without oxygen.  As a leader, if you even hear someone make any kind of inappropriate joke, you can’t be the oxygen.  Don’t laugh at the comment or add to it in any way make the comment feel welcome.   Let the person know the joke was inappropriate by expressing disapproval.   It doesn’t matter if the comment is on-site or off-site, you are still the boss. The last thing you want is to go through a trial when the plaintiff (your employee) says a sexual joke was told and you didn’t say anything.

2- Keeping the doors open. The issue here is having a male and female in the same room behind closed doors.  The challenge is what to do that’s healthy but doesn’t draw unnecessary attention. I know of some ministries where they have glass walls  from ceilings to floors so no offices are private.   Others have a policy of leaving the doors open when a male and female are in the same room or they have a small window in their door.   Other organizations require at least three people in the meeting.  Some organizations have no polices at all which I don’t think is a good idea.   I always kept my door open when a female was there.  If I had a meeting with just a female, I would try to meet in a more public space or have another person there.

3- Men and women traveling together. Overnight travel can be a fertile breeding ground for sexual misconduct.  Often the organization is paying for the trip – hotel, meals and transportation – so it feels like a paid vacation.  Having two people alone traveling together where “nobody knows but them” what is going on is an invitation for a hookup.  As expensive as it might be, I really recommend traveling in threes if men and women travel together- even if it means paying for the spouse of one to go on the trip.   It is just too high of a risk.  At no time should a man and woman ever be alone in the same hotel room with the door closed.

4- The clothing debate. If you want to add to the book of Deuteronomy, try writing rules about what to wear and what’s too much. It is very subjective and changes over the years.  I remember years ago a man telling me that he was having a problem with one of the employees because of the dress she wore.  To me, the dress was very modest, but to him, it was too much.  The issue is when someone wears something that everyone knows is too much. What do you do?  I recommend having someone on the team who is mature – your HR person or whomever you designate – be the one who handles these situations.  I believe a women telling a women is much better than a man telling a women her dress isn’t appropriate.   Ladies – I know you know this, but men are visual.  It’s not our problem it’s actually God’s design for men.  I have gone to many PromiseKeeper events over the years and there is always a massive response when the issue of sexual temptation comes up. It’s the only temptation for men where the Bible tells men to flee rather than trying to fight it.  It’s a battle for men and sometimes a battle getting women to understand because they are wired differently.  Ladies, while I agree it can be the man’s problem, it’s also wise not to add to their battle.

5- Committing emotional adultery. This is the biggest bridge to sexual misconduct and probably one that is easiest overlooked.  This is when a man and woman spend too much time together and connect on an emotional level that is not healthy.  They start off as friends and then later start sharing things that they don’t even share with their own spouse. A new deep level of emotional trust is formed and this can lead to physical adultery.   I know some men who jokingly refer to their female co-workers as their “work-wives” but be aware this can be unhealthy.  When your “work-wife’ is more connected to you then your real wife, then you have crossed the line and entered emotional adultery.  Cut back on this unhealthy relationship.  Instead, have a lot of healthy relationships with a lot of people.  Don’t let one person be the subject of your attention and never share anything with someone which is so personal it should only be shared with your spouse. While for men – the visual issue is the big challenge, for women the emotional connection and later “touching” can create a strong unhealthy bond.  Unwanted touching from a male to a female is not acceptable and can create great problems.

Sexual misconduct has taken out many people in many organizations.  While we as Christians know that all sins are equal, this one seems to have the highest career consequences.  I was trying to think of a major Christian leader or singer that fell and then was restored to a higher level. Some have come back, but not to the same level.

One final word.  If you are faced with this happening with your staff, it’s a great opportunity to offer justice and mercy.   Justice deals with what happened including the consequence of letting the person go.  Mercy says, “You know what? You sinned and your behavior is clearly outside of our employee guidelines. We are going to let you go, but as believers we also believe in restoration.  If you like, we are going to pay for counseling and get you help (and your wife too if they were married).  I would love to – someday – see you re-apply for a job here and serve the ministry with us again.”  I can tell you when you do that, you demonstrate justice and mercy and the Hope that God gives all of us.

With over 40 years experience in Broadcasting Leadership, Tim is now consulting leaders of radio stations and non-profits who want to grow.  He can be reached at Tim@TimMcDermottConsulting.com 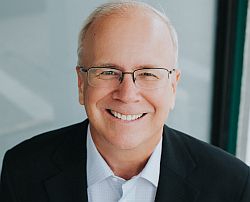 Tim McDermott “Overriding a Decision as the Boss” 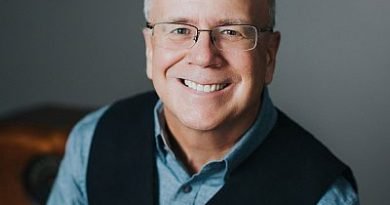 One thought on “Tim McDermott “Preventing Sexual Misconduct At Your Organization””