“I’ve been working with Wayne since I was 17 years old,” Habedank stated. “He is the most brilliant producer in our field, and I’m so grateful that he was willing to produce Resurrection for me. He went above and beyond to bring these songs to life based on the vision I had for each work.”

Phil Collingsworth, Sr. said, “What an honor for our recording, The Best of The Collingsworth Family, Vol 1” to be among the five titles nominated for Best Roots Gospel Album of the Year. For the past 12 years, Wayne Haun has poured endless hours of creativity into making the best Collingsworth Family recordings possible. Congrats to him on this recognition of his hard, hard work!”

Karen Peck Gooch concurred: “We are very thankful to the Lord for the GRAMMY® nomination.

We want to thank our talented producer Wayne Haun for pushing us and for creating sounds that bring out the very best in each song. He has a way of taking a great song and making it shine with God’s love and conviction. It is an honor working with Wayne. We are so passionate about Hope for All Nations, and we pray that it will reach the world for Christ.”

Greg Goodman, Program Director for Singing News Radio stated, “Singing News Radio is blessed to have Wayne Haun hosting afternoons.  His knowledge of southern gospel music and on-going involvement in the industry allow him to share stories and experiences with our listeners about the artists they love so much!  His stories about the behind the scenes of the industry, make his afternoon show appointment listening.  Congratulations, Wayne on these nominations!” 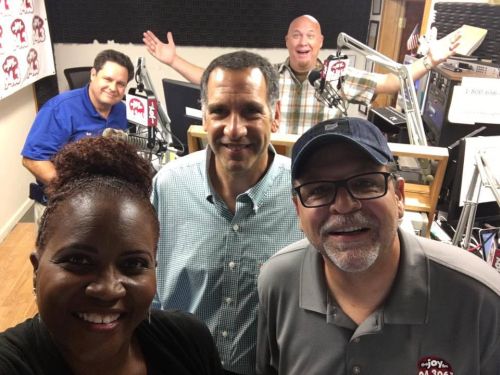