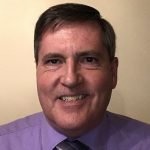 Career Capsule:  Began working in secular radio in 1976 when I was 12 years old, did announcing and engineering at secular stations in Wisconsin, Texas, and Florida until the mid-1980’s when I started my own company, which operated secular stations in Wisconsin and Montana. During the last 10 years in secular radio I was on the board of Your Network of Praise… as time went by I wanted to focus all my attention on YNOP, so I sold the company in 1999 and went on staff with YNOP. Network General Manager since 2006.

Married to my wife, Janice, for 30 years. In 2004, we started the KJJC Media Group, which owns MeTV affiliates in 3 Nielsen DMA’s, and a secular talk radio station in Salt Lake City. The TV stations also air several Christian program streams.

Involved in NRB as a member of the board of directors, President’s Council, and International Committee. Formerly served on the TV Committee.

There has been more happening at Your Network of Praise (YNOP) during 2020 than we expected! Like so many other Christian radio stations we’ve seen increased response from listeners as people all across the country are turning to Christian radio for the hope and encouragement they need.

YNOP uplinks its programming onto satellite from one central studio, and airs it on about 60 FM’s in a five-state region of the northwestern US. It was started by a couple farmers and small business people in Havre, Montana, in 1980. They felt a calling to build a Christian radio station to serve their small community and the surrounding area, and confessed to God they didn’t have the knowledge or resources to do it. But, they made themselves available and asked Him to fill in the blanks, and He did. The first station, KXEI in Havre, debuted in 1983…the most recent addition has been KNIT in Salt Lake City this past year. We will be adding one more FM station to the network before the end of 2020, serving a rural area in central Montana.

In 2009, YNOP began providing funds to other ministries that were doing evangelism or meeting human need overseas. That led to starting our own radio station, New Life Radio Tanzania 96.7FM, in east Africa in 2015. This summer, we joined Uhai Media in the operation of Radio Uhai 94.1FM in Tabora, Tanzania. This was not actually in the plans for this year, but God made it happen through His own circumstances!

In 2020 we have been working with Galcom International to distribute solar-charged radios/Swahili audio Bibles within the coverage areas of both stations in Tanzania.

A few weeks ago, YNOP’s board of directors gave final approval to establish the New Life Africa Satellite Network! The NLASN will broadcast on a direct-to-home satellite that covers nearly 50 countries across the African continent! We’ll also stream it online and through mobile apps, and offer programming free of charge to local radio stations on the continent. While the focus is the Swahili-speaking countries of East Africa, we are excited to think of those who will tune in the English language broadcasts all over Africa!

We would surely appreciate the prayers of all HisAir.net readers as we prepare to launch the network on May 1, 2021!

How has your YNOP show changed during the pandemic?

We have tried to recognize the incredible need for hope and encouragement throughout our audience. I think Christian radio stations across the country have done a great job of this, and believe that God has used them in multiple ways in countless lives this year.

During our recent Day of Hope, which precedes our fall sharathon, we did more than a dozen short interviews that we dropped in throughout the day featuring people from all walks of life…from national ministry leaders to local people. We asked each one to talk briefly about how their family life and work life had been affected, any “silver linings“ within the challenges, and then each one prayed for various groups such as teens, families, businesses, law enforcement, etc. God gave each one of them something to say that resonated with someone in our audience, in ways that we couldn’t have done ourselves.

Long ago, back in secular radio days, my boss told me to always realize I was talking to one person each time I opened the mic. I’m not part of the daily on-air team at YNOP, but I try to remember that each time I am on the air. Through radio, we have the tremendous opportunity to communicate things of eternal value to thousands of people all at once… If we can do that like we’re talking to a friend over a cup of coffee it’s going to have the most impact.

Worst piece of career advice came many years ago when I was urged to give up radio and join a multilevel marketing scheme selling magnets that had mystical healing powers 🙂 At this point, I’m really glad I ignored that one.

That is a tough question, and maybe needs to be looked at market-by-market. Certainly the reach of Christian radio in a community increases when there are multiple formats on the air to appeal to more potential listeners, but, obviously, the financial health & ministry of a local station can suffer if the market gets saturated with Christian signals.

I have to admit we were less than thrilled several years ago when a national ministry began filing for FCC licenses in markets where we were already on the air. I decided to make a trip to their corporate headquarters and get acquainted with their leadership, and did that a few months later. I made another trip the following year. In the years since, we have shared some tower sites and swapped facilities and FCC licenses in various communities and God has used the rapport that developed between their ministry and YNOP to strengthen both organizations.

It certainly makes sense to distribute audio, and video, on any platforms we have the opportunity to use, so it makes sense for radio stations to be actively involved in podcasting. It is something we want to develop much more at YNOP. The potential of what you can do with recorded audio or video is endless… posting it on your website, social nedia, mobile apps, emailing it out to anyone…the list goes on. We have a message that can transform peoples life on this earth, and change their eternal destiny, so I think it makes sense to do our best to distribute that message “by all possible means“.

That said, I will admit sometimes it’s tough for me to embrace a lot of this. I bought my first car in 1980…it had an AM radio with one speaker in the dash…that’s how I consumed media! But, we’ll keep working at it!

Probably from a couple sources. We have an opening for a morning show co-host right now at YNOP…we are advertising the position in all of the traditional places, but are also willing to take on someone who has a heart for God and people who could be trained on the technical aspects of broadcasting. I also think that there’s potential to draw from young people who have spent a lot of time perfecting their presentation skills as they do videos, etc., for social media. And, of course, there are still some schools that are training young people for traditional media.

I think one of the biggest challenges for on air talent is presenting the truth and love of God to a world that increasingly does not love God or truth. Naturally, we always want to faithfully show God‘s love to the world around us, but as we do there is no room for compromising the message that has been entrusted to us as Christian broadcasters.

It’s tough for me to narrow the list down to just a few people, but there are some that stand out and deserve recognition. Wayne Pederson (FEBC) and Neil Stavem (KTIS/ Faith Radio) are both people that I greatly admire because of who they are, and both of them are people who I call on for advice occasionally because of what each one has achieved. I would include my friend Paul Cameron (The Family) who has a great deal of gifting, enthusiasm, and a heart for reaching people through Christian radio.

I’m also privileged to have two staff members at YNOP who I look up to and would include on this list. Our Network Program Director, David Brown, is one of the all-around best people I have worked with…he brings a lot of gifting to his role at YNOP, and during the 20 years we have worked together he could always be relied on fully. Our Associate Network Manager, Carlene Prince, was a literal answer to prayer…Carlene’s love for the Lord and people has increased the quality of our ministry and blessed many.

I would be remiss if I didn’t also include my dad, Del Lonnquist, on this list. Though his 40-year career was in secular radio, he gave me my first job when I was just a kid, and a lot of good training and management insights. From him I first saw how radio can be used to move people into action…the radio station he managed rallied its audience many times to do good things in the community. Since 2009, the Lord has shown YNOP ministry work that was in need of funding, and as we shared these needs our listeners moved into action and met them. Together, we have been able to give over $1 million to various ministries, and establish our own radio ministry in Africa. It’s quite a blessing to partner with listeners to do Kingdom work around the globe… it was from my dad that I first saw how that partnership works.