What happens behind the scenes of a early morning radio show? How about a Christian Radio morning show? You may already know that, but the family focused streaming platform Pure Flix believes its interesting enough to base the new comedy sitcom Live+Local on a fictitious station called K-HUGG (109 FM). It tells the tale of what happens when a veteran radio talk show host and his co-host have to navigate the ups and downs of the radio world when a new program director takes over.

Joe told HisAir today, “I was invited to do a cameo role in one episode as a broadcaster interested in purchasing the station, and interacted on camera with stars Dave Coulier and Emily Pendergast as the morning team! First time ever for me! What a fun opportunity. I loved how producer Dan Merchant portrayed the characters. I think the audiences will receive this series warmly!”

The new show will be exclusively available to stream on Pure Flix on July 7 and is a 6-episode series.

“The show has a theme that underdogs can win and all of us on the planet are underdogs and we look to a higher power to guide our way through all of it,” said star and Executive Producer Dave Coulier. “I fell in love with the script right away. It was a great opportunity for me to bring a lot of different things I’ve never done before to this role. I get to be a little bit cantankerous, a little bit of a curmudgeon, but I also have a big heart. It was also fun to be able to wear a real beard.”

K-HUGG morning hosts Tommy (played by Dave) and Tina (played by Emily) are “TnT in the Morning.

“‘Live+Local’ is a love letter to all the local morning radio shows I’ve started my day with. There is just something so encouraging about waking up to these eccentric voices so full of personality and life so early in the day,” said Showrunner Dan Merchant. “It takes a special person to bring radio to life each day and make each listener feel like a friend. I think Dave and Emily did an incredible job of bringing these hosts to life and celebrating the world of radio.”

The first two episodes will be available exclusively on Pure Flix on July 7th, 2022 and a new episode will air every Thursday. “We need this show because we need to laugh. The world is really serious right now and we need to laugh and have fun,” Coulier said. “Family is very important to me – I love being a husband, I love being a dad and my whole career has been in family entertainment. I’m so honored and happy to make families laugh.”

Check out the trailer. 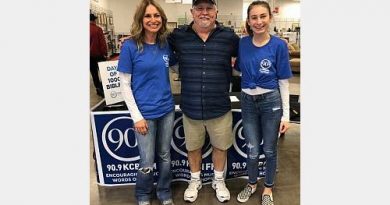 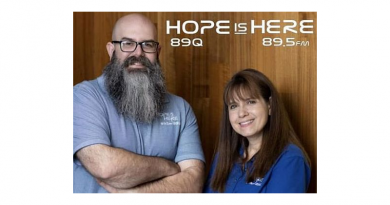 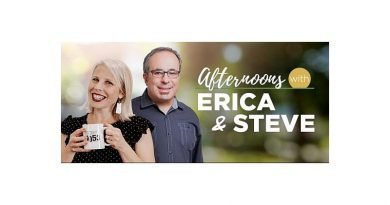