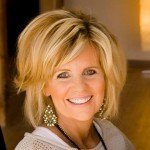 As radio people, women especially, we are an odd Jekyll/Hyde combination of confidence and insecurity.   We charge forth with boldness to get the air-shift we want, and then after getting it, start telling ourselves we’re not as good as we thought, that we oversold our talent and our boss is going to rue the day he hired us.    In an air-check session, we interpret the question, “Where were you trying to go with that break?” as “You don’t belong in radio!”.

We prep for our shows with the tenacity of a number 1, national show, but then on-air, we can hear the voices of our PD or listeners correcting our grammar, not starting with the listener first, forcing Jesus in, or leaving Jesus out.  We start adding parentheses of self-correction because self doubt has crept in.

Some days you nail every break; your show is tight, and your comments are pithy, thoughtful, and engaging.    But the very next day, over a ramp, you draw a mental blank on what you were going to say and you flub your “out”, turn the mic off and whack your headphones on the console.  Yep, you’ll be a Walmart greeter by the end of the year!

It’s exhausting.  But it’s a reality.

It’s not to say that this is unique to women, but it’s a scientific fact that women experience this more than men.  Why?  Our emotional make-up I suppose.   So, are we doomed to an emotional roller-coaster of winner/loser mentality?   No, but sort of.

Did you ever watch “A Beautiful Mind”?  Russell Crowe was a brilliant university professor who had paranoid schizophrenia.  He saw people who weren’t really there and they totally disrupted his life.    He listened to them, believed what they said, and followed their orders.  They were ruining his life and his future.  Medication could make them go away but with horrible side-effects.   So, his choice became: either live in a druggy mental fog all the time, or learn how to live with these delusions.  In the end, he made peace with the imaginary people.  He could still see them, but now that he knew they weren’t real, they didn’t HAVE to control him.  He controlled them.  The movie ends with him accepting the Nobel Prize in Economics in front of a wildly supportive crowd, including his three delusions standing far off in the distance.  Visible, but not confrontational.

What I’m learning, I will say to you:  The things you think aren’t always real.  The things you feel, aren’t always true.  And just like Russell Crowe’s character, you can acknowledge a disruptive thought without letting it take root in your heart and mind.  And even though you can’t make your self-flagellating thoughts disappear, you CAN ignore them.  You CAN speak truth to them and relegate them to the back of the room.  It will take time but it does work.

You have earned your place in radio through sweat-equity and hard work.   You have persevered through turbulent times in radio.  You are better than you’ve ever been.   Tell yourself that!   And write down the things you’ve accomplished.  Perhaps you’ll even want to start a journal that has the title, “For when I’m feeling Less-Than.”   Fill it with the truth about the gifts God has given you and how those gifts have grown.  Because THAT is the truth about you!

Lisa Barry is the midday air-talent at 98.5 KTIS in Minneapolis/St. Paul and Spirit 1059 in Austin, Texas and Imaging voice for 106.9 The Light in Asheville/106.7 Knoxville, North Carolina.  Lisa lives in the Twin Cities with her husband Ken.  They have three daughters and a naughty dog.  Reach Lisa at [email protected]