KBMQ/Monroe (88.7 The Cross) GM Sheryl Ford announces she will be leaving the station. Her last day will be July 22nd.

Finney Media has started a search for a new GM. If interested see the listing HERE.

DeShawn told HisAir today, “ I am grateful to all my supporters and The Gospel Choice Music Awards for this honor. I didn’t do this on my own. Receiving awards such as this is comprised of God, the faithful support of my husband, Pastor David Moore, and a great team and Rhythm and Praise 94.1 is that team.”

Hot off an awesome May Nielsen Wright Media Group consultant Brian Wright checks in with HisAir. 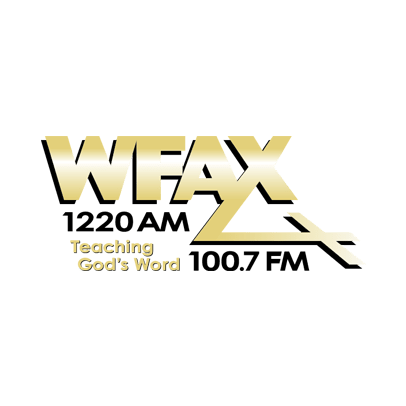 WFAX/Falls Church, VA (1220 AM/100.7 FM/serving Washington, DC) will end its more than 50-year run of Christian talk and teaching programs will change formats on July 1, 2022. The new WFAX format will be Regional Mexican/Spanish Rhythmic branded as “La Pantera.”

She continued, “I have been privileged to lead WFAX for many years, but I have decided to retire. The format of WFAX will change as of July 1, 2022, so soon you won’t be able to listen anymore to your favorite programs on the station. However, you can keep in touch with your favorite ministries, and I’m sure they will appreciate it.”

WFAX, founded in 1948 by Lamar and Genevieve Newcomb, was the first Christian station to serve the Washington, D.C. metro area through Christian teaching and talk programs. Their daughter, Doris, has managed the station for over 30 years.

After 20 years on the J-O-B River Radio Ministries President and CEO Dan Baughman enters retirement today. Taking over is Bill Montgomery who will transition to the acting President/CEO and in January 2023, he becomes the President/CEO.

The announcement of Baughman’s retirement was announced last Oct, at that time he stated, “It is amazing what God has accomplished through this ministry and the team. I am thankful I have been able to play a part in this transformation as a community and industry leader. We are here to help other broadcasters strive for excellence to reach people where ever they are and to provide Hope.”

Bill Montgomery said, “River Radio Ministries is blessed to have a legacy of tremendous leadership, which paves the way for a bright future. Our current dedicated team continues to find ways to serve and provide hope to our community. We want to bring people together around the message of Jesus Christ, with our music and our local churches and ministries. I’m excited for this leadership opportunity in an uncertain world to continue pointing people to an unchanging God.”

Bill started in radio at Cedarville University as a student when he worked for the student radio station and also for the CDR Radio Network. In December of 1993, Bill joined WRFD/Columbus (Salem Communications) as a marketing consultant and became the sales manager at Salem Columbus in September 1997. Bill then joined Salem Radio Seattle in October of 2002 as their Director of Sales, where he worked until July 2005. River Radio Ministries brought Bill back to Columbus in September of 2008, where he has remained as the Chief Sales Officer.

ShawnMarie Aiken announces she is leaving her Manager position at KCMM/Belgrade, MT (99.1 The One) after just over 11 years. She has accepted a position with Newman International Academy out of Dallas, Texas, but will remain located in Montana. Her last day is today.

CEO Ben Ferrell shared, “I’ve seen God use this agency to profoundly affect ministries and touch people all over the world. I’ve seen Him raise up people from obscurity to international acclaim. I’m so thankful for the 50 years, but I’m so excited about the future because we’re going forward! We’re going to take the media mountain for the Kingdom of God.”

BMC Advertising has changed its focus from operating as a political agency to solely on sharing the Gospel on television and radio and was founded by Willard Mason and Jim Kerby in 1972.