“We are thrilled that our listeners continue to support us with record giving each sharathon,” stated General Manager Coy Sawyer. He added “especially when we are dealing with record inflation. Not only did they help us reach our 0,000 goal early but giving continued for an additional hour covering the costs for the generator backup expenses.”

“As two Australian chaps from the southern hemisphere, never did we think we’d see the day we would win an American Music Award,” says FOR KING + COUNTRY. “This award represents all who were born in another land, who took a leap of faith and moved to make a new life for your family and loved ones. Sharing these stories with you for you for the last decade and watching them become your own has been the honor of our lifetime. Thank you for your votes, and for your consistent kindness to us.”

Dr. Stowell was the 7th president of the Moody Bible Institute where he served faithfully from 1987 to 2005. After Joe’s tenure at Moody, he served as president of Cornerstone University in Grand Rapids until his retirement in 2021. Joe and his wife Martie did not retire from kingdom work.
In Joe’s words, “The years I invested in the mission and ministry of Moody were highlight years for us which makes us especially pleased to be engaged with MBI once more.”

Capitol Christian Music Group (CCMG) has announced multiple staff promotions in Business Affairs, Operations and Publishing. Karrie Dawley has moved up to SVP, A&R and David Gutekunst to SVP, Publishing, while Joe Brazil has been named SVP, Business Affairs, with David Sylvester now serving as SVP, Operations.
“We are so excited to announce the promotions of David Sylvester, Joe Brazil, Karrie Dawley and David Gutekunst,” Co-Presidents Brad O’Donnell and Hudson Plachy commented. “We want to recognize and honor the hard work of these key staff members and the roles they have played in the success of our company, and our relationships with our artists and writers. We are confident they’ll achieve even more in their new roles.

For Giving Tuesday on November 29th, KBMQ/Monroe, LA (88.7 The Cross) is inviting listeners to join the station for a special day on the air. KBMQ will be dedicating air time to raise funds for local children to have a Christmas present to open this year.
KBMQ Interim General Manager Lynne Free says, “Hope for Christmas” will give back to the community and inspire others to do the same. The Cross’ Hope for Christmas goal this year is to provide 300 children living in poverty a gift to open this Christmas. Some children receiving gifts are homeless and unable to stand up for themselves.”

Audience demand for the premiere of The Chosen’s Season 3 first two episodes is driving an extension of the original five-day run in cinemas all the way through Dec. 1.  With $8.75 million in sales opening weekend, The Chosen Season 3, Episodes 1 and 2 was on 2091 screens. Fans of the TV show came out in droves and made The Chosen #3 at the domestic box office, with a strong showing in 300+ theaters internationally, as well.  The Chosen was 45% ahead of its last appearance in theaters for the first three days of Christmas with The Chosen in 2021, and was neck and neck with THE MENU this weekend even though it opened on more than 1000 fewer screens.

“We have the ability to try new things, such as putting a TV show in theaters, because our fans are so passionate and supportive. Hopefully this causes others to check out Seasons One and Two,” said series Creator Dallas Jenkins. 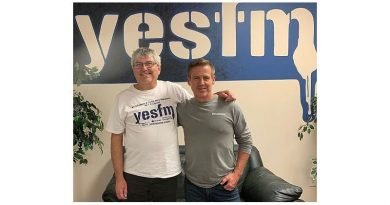 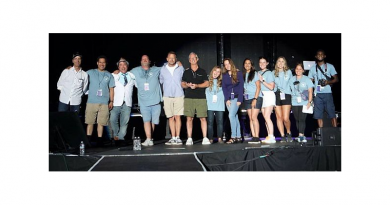