WMBI/Chicago (Moody Radio) morning co-host June Felix announces she will leave the station soon. Junes last day as co-host of Karl and June Mornings will be Aug. 31. She will be taking a position in the field of mobile app technology. The announcement will officially be made on-air to listeners on Monday, Aug. 21, during the morning show.

“While we are sad to see June go, we trust that the Lord is going to continue to use her for His Kingdom in this new season,” said Matt McNeilly, station manager for Moody Radio in Chicago. “June has been a fantastic co-host and talent, not only here in Chicago for the last three years, but also at our Birmingham station where she served for six years. Juni will be greatly missed.”

Karl Clausen will continue to serve as host of the morning show as the station begins a search for a new co-host.

WCTL/Erie has received FCC approval to move its transmitter closer to the City of Erie to improve its reception and reach for listeners, the station announced Tuesday. WCTL has received FCC approval to relocate its 106.3 FM transmitter site from Greene Township to a location near Interstate 90 and Peach Street. In addition to strengthening the signal, the move will help the station overcome interference issues that have lasted nearly two decades, according to WCTL. The station has announced it plans to purchase WMCE-AM/1530 in North East and relocate it to Union City. After the recent tragedy involving the USS Fitzgerald, WPER/Fredericksburg (Your PER) listeners sent an overwhelming number of cards and notes of support to encourage sailors currently stationed on-board the Navy ship. This grassroots response was started after a listener and former USS Fitzgerald service member, Steven Day, suggested the Your PER family do something in support of the Crew. Card stations were set up during the recent Kingsfest Concert at Kings Dominion in Doswell, VA. This enabled families to send personal messages of gratitude and comfort to sailors and their families currently serving.

Pictured at left: Cards created by PER families to send to sailors on the USS Fitzgerald. 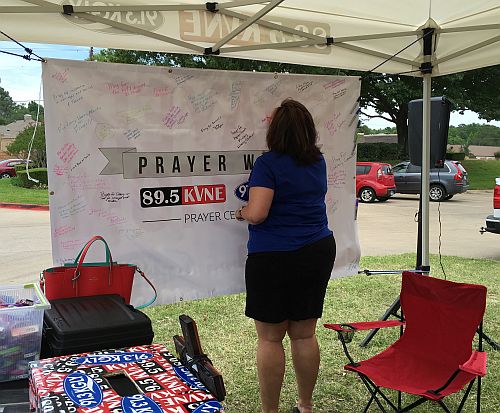