NRB announces Daniel Darling has been hired to serve as its Senior Vice President of Communications.

NRB CEO Troy Miller says…. “It is an honor and a joy to welcome Dan to the NRB. As we move to positioning NRB for the task that faces us now and into the future, NRB communication functions will play a vital role in the success of fulfilling our mission. The future of NRB involves more engagement with its members including podcasting, webinars, teleconferencing, video conferences, smaller events, and other activities that facilitate better networking between members. NRB’s membership represents an enormous pool of communications, engineering, marketing, fundraising, accounting, and management professionals. Our challenge is to create ways for these professionals to network to share best practices, solve problems, and collaborate on projects. In addition, we represent filmmakers, television and radio program producers, podcasters, church media, YouTube video producers, and broadcasters in radio, television, and satellite. From large multinational organizations to mom-and-pop studios, NRB members are reaching local communities to those around the globe. NRB serves as a vital central hub for these various ministries to excel by working with and supporting one another. This drives the core of NRB’s mission of equipping its members for excellence in ministry.

Congrats to the team at Family Life Radio/Tuscon as they hit 200% of their goal of a one day fundraiser last week.

Positive Disruption with Brian Sanders invites all to a FREE webinar this Thursday. The topic will be “Positive Disruption.” Find out how leaders can take disruptions caused by the worldwide pandemic and turn them into innovations for their teams and organizations.

The National Association of Broadcasters (NAB) executive vice president of Communications Dennis Wharton announced his retirement effective July 1. Wharton is a 24-year veteran of the NAB and the longest-serving spokesman in the organization’s history. He will remain in the capacity of a senior adviser to NAB, according to President and CEO Gordon Smith. 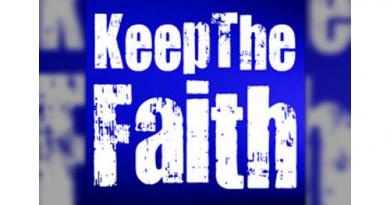 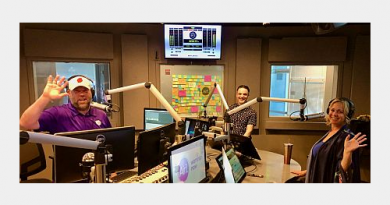