Ambassador says, “All on-air hosts are invited to request screener links for FamilyLife’s first-ever feature film “Like Arrows” airing in select theaters May 1 and 3.  Details are here.  “Like Arrows” casts a powerful vision for parents, reminding viewers that nothing is more important for any family than to have God and His Word directing our lives. The film will release as part of a significant new parenting initiative called FamilyLife’s Art of Parenting™, which will also include a free online video series and an eight-session small group series.

TheBlast.FM’s “The Blastozoic Era” now has a weekly 2 hour radio show on terrestrial radio.  Its first affiliate is KZOY/Sioux Falls, (1520 AM / 93.3 FM).

NOW NEWSLETTER reports An NAB committee will try to bridge the gap on ownership rules. A committee of the NAB Radio Board is working on a presentation for the June board meeting. “Ownership limits are front-and-center,” with FCC Chairman Ajit Pai “ready to move on radio deregulation.”

New York, Los Angeles, Chicago, and Dallas are included in the March PPM release today from Nielsen Audio. All results will be posted after 5pm ET today on HisAir.Net. Christian Radio Ratings are sponsored by ShareMedia Services. 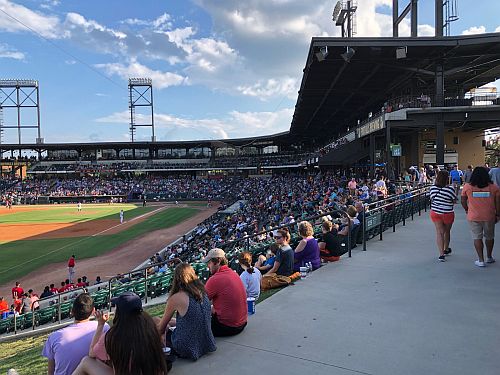