The house was raised off the ground enough that chickens walked underneath it. The floor had cracks and major gaps. That led the boy to an idea. He could fish for chickens.

His mom took a cane pole and tied a string to it. He used corn for bait. There he sat in the living room fishing for chickens. He’d drop the line through the cracks in the floor and he’d feel a tug.

You guessed it…instead of trying to pull in a fish…he’d “caught” a chicken.

That little boy was my dad. His dad, my grandfather, was a sharecropper in Ouachita Parish, Louisiana. Look up poor in the dictionary and you’d see their picture.

As a boy, Dad was fighting a toothache. To help him pass the time, and hopefully ignore the pain, he fished for chickens. There’s a lesson in that for me: my grandparents innovated.

Instead of just putting him in bed and fighting a toddler who was in pain, they gave him a task…and it was fun. Think about it, he could sit in the floor where his mom could watch him—

all while he did something that made him laugh and giggle. That’s innovation.

Perhaps your organization is facing some painful tasks—projects that have to be done, but they cause a little pain. Take a lesson from my dad…fish for chickens.

Make the task fun.
Turn it into a contest.
Maybe form teams with various team members and put gift cards on the line.

Whatever you do, innovate.

Don’t just expect people to do tasks and projects, especially laborious ones, without mumbling and grumbling.

Team members will require a reframing of tasks so they can see them from a new perspective. It should offer them both purpose and fun.

As leaders, we grow lazy. We growl and say, “They should do those tasks with joy and a good attitude. After all, they’re getting paid for it.” Those are the words of a lazy leader.

Pause and consider what could be the toothache in your team members’ lives. Their pain could be personal or professional. No matter what it is, you have to inspire them, so that they’re willing to overcome whatever it is they’re facing.

You may not be able to fix their “toothache,” but it is your job to provide them with the motivation to work through it.

Take a few moments today and gather your team. Brainstorm for a few minutes on how to make your organization’s projects and tasks fun. Generate ideas that will provide motivation through the tough and tedious.

Your idea may not be fishing for chickens…but it needs to generate a smile and a laugh.

Be like Dad…and you’ll be on the path to leadership endurance. 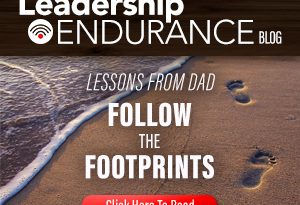 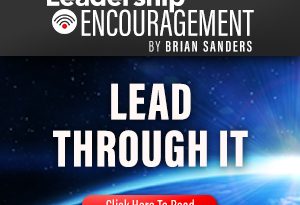