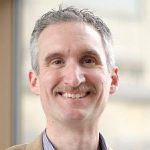 Imagine the gratitude in Sioux Falls, South Dakota last spring when Life 96.5 listeners gave over $4,000 in one hour during the spring fundraiser.  Yet, there were no on-air hosts in the studio.  No volunteers asking for credit card numbers at the radio station.  In fact, no one was in the building that hour when listeners were generously giving.  Nor was anyone at the station the next hour when people continued to call and join Team 360 or give a one-time gift.  Truth be told, my friend Jeff Rupp (Life 96.5’s station manager) and I were on through the evening- yet we were all at home resting!

Utilizing voicetracking to keep your fundraiser going in the evening is easier than ever, and if you’re still wrapping up your day at 6PM, let Jeff’s story help you reconsider that decision.  Hiring a calling service to forward your phones to and voicetracking evening hours keeps your fundraising week’s momentum and messaging consistent, not to mention can pay off during tomorrow’s morning drive.

Here are 3 C’s to improve your evening fundraising:
Connect With Your Listeners.  The top voicetrackers successfully connect with your audience because they understand the listener’s life at that moment and leverage the knowledge to engage on air.  Your evening fundraisers should put forth the same effort to connect with listeners as if it is live.  Do you hear urgency and passion about God using your media ministry or is it fulfilling their assigned time slot?  Are you hearing text and audio stories used to share stories of changed lives just like you during the day?  Why not thank donors who gave earlier in the day?

Your hosts voicetracking together should catch the vibe of your fundraiser in the local studio and present the same way in the voicetracking.  It’s another way of saying, “let your phones ring in studio while voicetracking.”

Commit to Good Incentives.  Avoid being stingy in the evening if your station uses incentives for fundraising.  It could be as simple as four tickets to the sold out Newsboys concert and that becomes the incentive for 3 hours (or the entire evening).  We tend to worry listeners will notice four tickets were an incentive for one hour during afternoon drive but we offered four tickets across an entire evening…no need to overthink it.

Challenge Listeners to Help Reach Goals.  Goals are leveraged to create urgency- but how do you use that in your evening voicetracks?    Simple- use your clock to create urgency.  “Our goal is 6 friends joining Team 360 before 9 o’clock and as you can see we have just a few minutes left.  Would you be one of 2 friends to call during this song and help us meet our goal?”  Even though you don’t know how many calls you have in already, you’re not doing a countdown- the goal remains the same.

WGTS/Washington DC has seen a great response by going live until 10PM, but don’t let your market size allow excuses!  You have listeners who don’t listen between 6a-6p, so why not make your evening fundraising successful as well?  Walk out the experience with the listener on air as if it’s real time- it goes a long way to seeing your listener become a donor involved in your organization.

Dave St. John is station manager for KTIS-FM/Minneapolis and a host/producer for ShareMedia Services. Reach out to Dave at [email protected]