When he looked out the window, he saw the army of the Potomac camped outside the White House.  A reminder that the Civil War was raging.

His son, Willie, was fighting typhoid fever in an upstairs bedroom.   More than likely a result of dirty drinking water that came through the new plumbing.

His wife, Mary Todd, struggled with depression, outbursts of rage and uncontrollable jealousy.  It was so bad that he had considered having her institutionalized.

His advisers were scrambling for his time.  There were updates from the war front.  He needed to make troop decisions and continue the discussion of freeing the slaves.

In the foyer of the White House, there were citizens who were demanding his time.  Some wanted the President to settle a land dispute, consider tax leniency or asking for a pardon for a son who had deserted the Union Army.

He would often tour the battlefields near Washington D.C.  There he would see the bodies of dead soldiers. A reminder of the price of trying to keep a nation unified.

That was the life of Abraham Lincoln in 1862.

A nation at war with itself.

A son dying in a bedroom just down the hallway.

Soldiers giving their lives for a cause and a vision you have espoused.

Advisers yelling in your ear to do this or do that.

No respite at home when his wife was prone to yelling and scathing.

Citizens demanding to see the President, so their problems could be addressed.

Even standing at the window and seeing the troops, he’d be reminded they were there to protect the White House…in case the southern army decided to launch an attack on D.C.

My Dad is fighting cancer.

We live a thousand miles away.

We just had our most successful summer fundraising season ever.

I look out my window and I see new platforms trying to capture the ears and attention of our listeners and donors.  Alexa. Google. Apple Car Play. Android Auto.  Now Amazon wants to enter the car dash board.

On August 14th, Mrs K and I will celebrate 25 years of marriage.  We have a brief 25 year anniversary trip planned after Christian Radio’s biggest conference in Orlando.

I’m going through the editing process of a book I’ve written.

PAR is looking at launching podcasts and entering new markets with terrestrial signals.

Nowhere near the level of Lincoln, but I have stress.

I also have an advantage over honest Abe…an amazing wife.

Mrs Kayla is no Mary Todd.

She’s my rock and support.

She speaks life, encouragement and hope to me.

So, how does a leader endure?

How have I been enduring?

I’ve been thinking of Lincoln a good bit.

If he can endure all that and still lead the nation…I can do what I need to do.

Here’s a key truth for leaders who are in a storm: you must keep leading and living through the storm.  You can’t give up.

Because everything rises and falls on the leader.

If you give up, the team will throw in the towel.

And with that…the mission dies.

The vision will never be achieved.

Passion falls to the wayside.

Even with that enormous pressure.

As the leader, you bear a little extra burden in that everyone takes their cue from you.

Lead through the storm.

The pressure can be enormous.

Take moments to cry and vent.

But don’t lose sight of the future.

As a leader, you’re not continuing to do life just for you….you’re living life for the entire organization.

It’ll be one of the hardest things you ever have to do in your life…but then again… easy never changed the world. 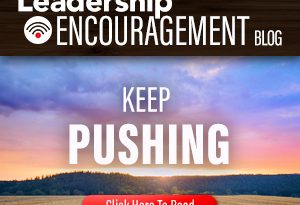 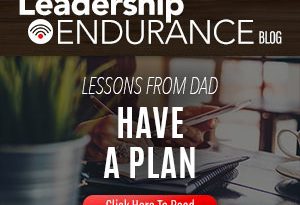 Leadership Endurance “Have A Plan” 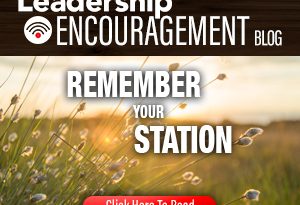 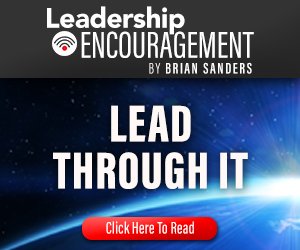